Having been out to watch the Carnival’s Sunday parade (the big one of approximately 4 hours duration is tomorrow, yikes), I am already in serious need of some soothing, beautiful music – such as music by The Unthanks.

Sisters Rachel and Becky Unthank’s new album “Mount the Air” is deservedly getting praised in all the high places, so who am I to comment. Especially when you also have Martin Freeman and Robert Wyatt saying wonderful things about you? But I would simply like to express my thanks to The Unthanks (ha!).

The Unthanks first came to my attention, rather late, when they were performing at Jools Holland’s Later Show on BBC TV. They truly impressed me with their harmonies, their loyalty to folk music and by their overall down-to-earth demeanour. Now, after two years in the making, their new album “Mount the Air” is out and while I am still divulging it in all its beauty, I am already addicted (big way) to “Flutter”.

I can’t say if it is the spheric sound with loads of Portishead thrown in (with who they collaborated before) or the lyrics that make light of life or turn you melancholic about the smallness of life. Indeed, the voices, music and lyrics melt together to the very definition of the word “Flutter”.

Or is it even how they pronounce the word? In that beautiful accent? Which sort of means to me, how grounded they have remained, protruding into all styles but staying true to their own Northumberland folk tradition; playing all the big places, cavorting with the big stars and still doing singing and cooking with their fans in the local pub?

For your listening pleasure I digged out the magic incarnated that is “Flutter” with introductory chat from The Unthanks.

Thank you for being you, The Unthanks! 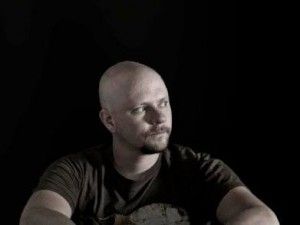 On days like these, having just returned from a close to four hours carnival’s parade with lots of singing, dancing and bending down to pick up sweets, minding that

When I first listened to Jay Woodward’s music it struck  me how well produced his recordings sounded but not overly so – indeed he prefers a classical approach like in the 60s and 70s. He is absolutely not making up with production what is