Be aware, Great Lake Swimmers might be somewhere near you right now. Offbeat music was kindly granted an interview with Great Lake Swimmers. Please see below and read about and listen to the band a bit before, also about their support act Mary Lattimore and their tour dates together.

Great Lake Swimmers from currently Toronto, Canada, have released their sixth album “A Forest Of Arms” to much acclaim spoiling us with 12 songs of sheer beauty with apparent ease.

After a foray into a “studio atmosphere” for their last album “New Wild Everywhere”, Great Lake Swimmers were out and about to record in the most unusual spaces such as caverns for this gem of an album.

1st of May Lille (France) – L’Aeronef

6th of May Maastricht (Netherlands) – Muziekgieterij

7th of May Amsterdam (Netherlands) – Sugarfactory

Mary Lattimore, the amazing harpist from Philadelphia, will support them on their European tour. For an interview with Mary, see here. 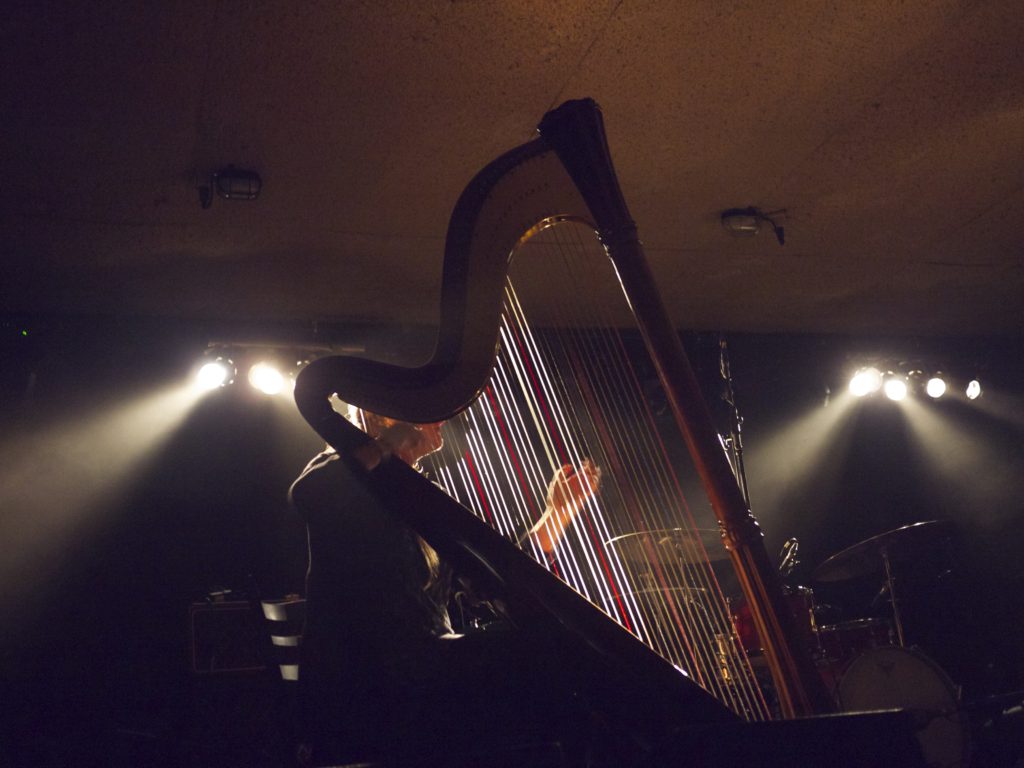 Whilst on tour, Tony Dekker even found the time to answer some questions – thank you so much, Tony!

Before you read the interview, here are a few soundbites from Great Lake Swimmers:

Since 2003 you have released six albums with an unusual amount of songs on them. Which are the greatest sources of inspiration for your creativity?

Inspiration can come from being alone in the woods or alone on the water or just generally being alone. It’s a solitary process for me and necessary to get serious thinking done. Freedom from distractions, and screens. I’m energized by the slow, patient pace of nature.

After a short stint into pure studio recording, for “A Forest Of Arms” you headed back into the weird and wonderful world of nature. What does recording out there mean to you?

Recording in unusual and especially natural acoustic setting brings out the right kind of performances. It’s become an important part of the process for me and in the various albums. The process can really be the key, like the saying, getting there is half the fun. It adds a lot to the session but also adds a sonic layer that can be difficult to identify, but you can almost feel that it’s there. It’s in the nuances maybe.

If unusual recording locations add to your songs, in how far is it difficult to transport that atmosphere to a stage in comparison to a neutral studio recording?

I consider the recordings and the live shows to be two separate things. Every new space that we play in is it’s own atmosphere, and we try to play to that. There are little things we can do, like adding artificial reverb and things on the instruments and voice, but really they are two different heads on the same beast.

Your latest album sounds a lot more varied compared to New Wild Everywhere, as in moving away from pure folk/country influenced music to more, let’s call it “alternative pop songs”. Did you set out to this or did it just happen?

If you put our albums in a row, on a timeline, there is a progression there. The music has taken on different forms as different people have come in to the band and we’ve worked with different people on it. I don’t think the core idea or the vision of the band has changed, especially considering that we play songs from across our catalogue in the live shows. I think it’s better to try different directions and let things evolve naturally, rather than make the same record over and over, or otherwise force a particular aethetic sound. It’s not so necessary to categorize it.

Also there are lovely layers and layers of instruments, will that be case live as well?

On the current tour we are playing as a three piece band, because the focus is to present the songs in an intimate, acoustic way, and also review some of the quieter songs from the back catalogue. Each of us plays a few different instruments, so there will be a variety of sounds, but there will not be a drummer and so the music is affected in a different way. We don’t have to turn everything up loud to be heard. It’s a contrast to our tour of last year, which was with a full, five piece band. This show is a lot more gentle.

How hard is it to come back from a tour and sit down to write songs again?

Writing is like an exercise and to get good at it I think you have to do it every day and treat it like a job. Some days are better than others for me, but the act of writing itself can lead to unexpected visions, and it’s a matter of being prepared for them. Also, it’s a compulsive thing for me. I start to feel unbalanced if I don’t make time to write.

Is the songwriting a collective process and if not, is it difficult for the other members of the band to convey the meaning of a song?

I’ve written all of the lyrics for all of the albums to date. There have been a few collaborations on the music side, but not the words.

Who would you like to collaborate with or what music/artist inspired you most?

I don’t have any plans to collaborate but I get constant inspiration from artists like Leonard Cohen, Townes Van Zandt, and the guitarist John Fahey. I think the water mark has been set very high by them.

Maybe it is a consequence of people calling the U.S.A. simply America or the U.S. doing that themselves as well, that Canada often gets overlooked a little, also music wise. It seems lately, the Canadian music scene is making itself a little more heard, what is your experience and what is the scene like?

The Toronto scene is alive and well and very supportive. It becomes a small world very quickly, but mostly, people are around and willing to help out. There’s so much music going on all the time in so many different genres, but I think it boils down to creative people doing the best with what we have. It’s a smaller market, for sure, but it’s a close-knit one.

Your connection to nature is obvious – you now reside in Toronto, do you have to get out to breathe and live sometimes?

You don’t have to go far out of the city of Toronto to be really close to nature. It’s a big city, but Ontario is a big province and it’s easy to get out. Even in the winter, or maybe especially in the winter, there is solitude.

Tell us about the environmental issues you are fighting for if you would?

There’s been some attention lately on the proposed pipeline through the Great Bear rainforest in northern British Columbia, and there are extremely tough people making tough decisions there in order to protect that beautiful, unspoiled place. I respect the importance of industry but the balance is tipped infuriatingly too far in the direction of large corporations who will do anything in their power to exploit the land. I wrote the song, The Great Bear, in an attempt to voice this. Ultimately, having a respect for our waterways and understanding the functions of their ecosystems is important to me and in my mind, urgently needs people to fight for them. We’re living through a crucial point in human history and I can’t amplify enough the need to stand up to the senseless poisoning of our lands.

Best song you have ever written in your opinion? The one that encapsulates for you what Great Lake Swimmers is all about.

I don’t know about the best, but the one that has stayed with us the longest is Moving Pictures Silent Films. It’s stayed in our set list for over a decade now, and in it’s various forms, has managed to not get old. The meanings of it change as I grow and change, and maybe that is the mark of something special.

Which song can you not relate to at all anymore if there is one?

Since the songs are like children, I’m forced to relate to them whether I like it or not.

Which song took on a life of its own most?

I don’t think I could pick one in particular.

Thank you very much, Tony! 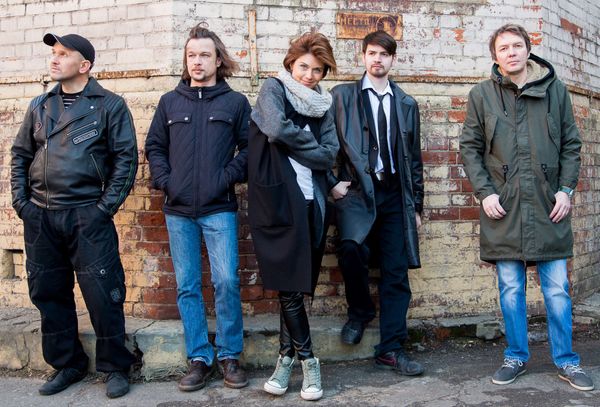 If you are partial to the sound of post-rock, shoegaze and in particular dreampop, I will have very good news for you today: There is a band out there in 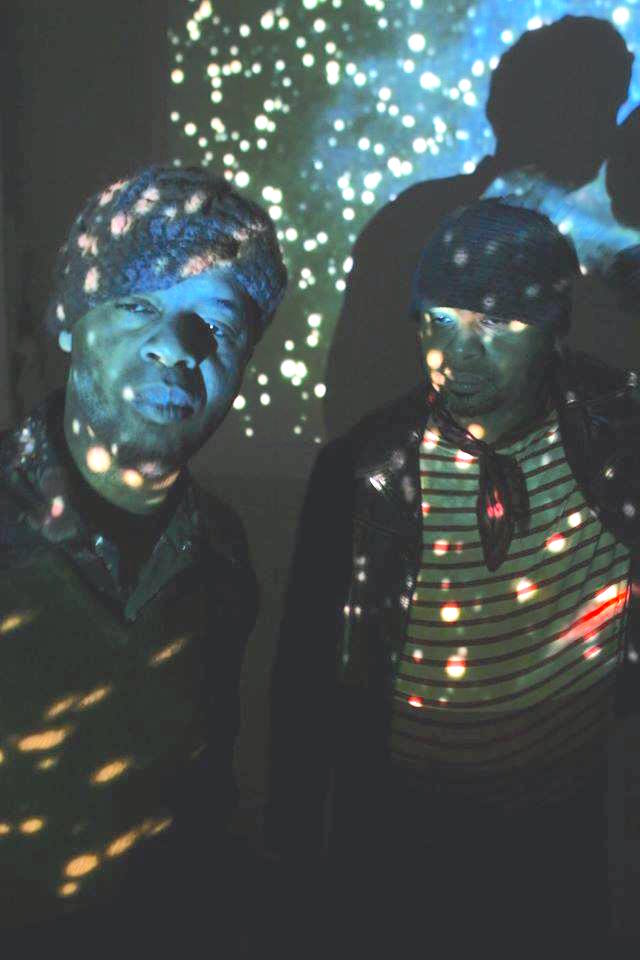 The Veldt The Veldt are back! Oh, aye, were they ever there in the first place?  Indeed, or were there ever away? No, they were always there, but many even