One of my first blog posts in this wee blog was on Jay Woodward from California, master songwriter and producer. His album “Letters We Told” still accompanies me everywhere as there is so much to discover behind the slick yet not overdone production both musically and lyricwise.

My fondness for Jay Woodward‘s music is shared by many many fans and people seem to have taken a particular liking to the song “Howl” (including me). Without blathering on too much and manipulating you (as if I would), this is a perfect song! The smooth production, the sparse instrumentation, the beautiful voice and then the song does something I really love in a song: It builds up from childlike singing to guitar riffs and all. Lyrically the ascension is matched perfectly: From a stroll in the woods to a more spooky atmosphere and the dark sides of human nature.

Jay Woodward gave in (THANK YOU) and is finally giving us a video to “Howl” and I won’t cheat: I will be watching this for the first time, just like you. Knowing the perfectionism of Jay though, this is going to be a perfect fit for the song and a stunner.

Are you sitting comfortably? Pull the blankie up, we are going into the forest…NOW, we have waited long enough:

Jay Woodward releases his second music video from his debut album, Letters We Told, following the recent listener driven explosion for the single, Howl. The video for Howl, shot in Big Bear, CA by Leslie Chou, showcases the purist side of Woodward’s Ginsberg inspired song. 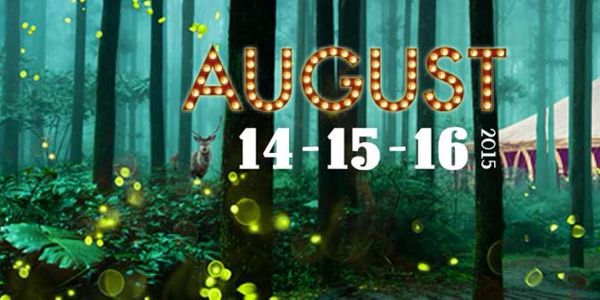 Update: The schedule is up on the website of La Truite Magique! The following acts have been added to already very varied and interesting bill: God Damm, Het Zesde Metaal,

Very tempted on this Saturday evening to cuddle up on the sofa but I dutifully sit here and work my way through the piles of wonderful music I received this week. Now, I could pester you with the amazing new album by Patrick Watson