Ant Savage‘s life has been music and long may it continue!

15 years as a musician, singer and above all songwriter, he has under his belt now and accordingly his work sounds accomplished, his songwriting seems effortless but the hard work does glimpse out in-between.

He taught himself guitar as a teenager, released an acoustic album on a label in Australia, played in an electro indie synth band (yep!) which made it quite big, has appeared live on BBC AND completed a degree in music production.

So naturally we can expect a lot from the man from Bedford/UK and he delivers. He gives us “21st century folk”, understanding folk music as the description of a point and place in time that hopefully outlives the writer.

If you ask for his influences, he would say, there are too many, but Nick Drake stands out for the sheer orchestral sound he coaxes out of his guitar.

Ant Savage remembers fondly his youth on a council estate in a smaller town outside Bedford when there was still a tight-knit community and nature to enjoy around town. Later he has seen the decay in parts of Bedford and the scarceness of jobs. The jobs that were to be had were monotonous and shattered many dreams. (The song “Factory Floor” was written about this issue). Accordingly he feels quite privileged to be a musician and hopes he can make a living from it for rest of his life.

Fame, however, in its current state of C-list people fame for scandals rather than real achievements, does not interest him at all.

A very likeable man, that he is, and now you surely would like to hear some music? Hold on, before I forget, you can find Ant Savage on his Facebook page which will lead you to all important info and the MUSIC! Very nice Soundcloud page, too.

From his Debut EP “Ruby Sun” that you can get in all the usual places, I’ll give you the above-mentioned “Factory Floor”:

And here is the beautiful “Starlings”, also from the Ruby Sun EP.

What it is like to work for a non-commercial radio station? Well, it is a lot of, er, work that we do enjoy immensely, however. And it is unpaid which 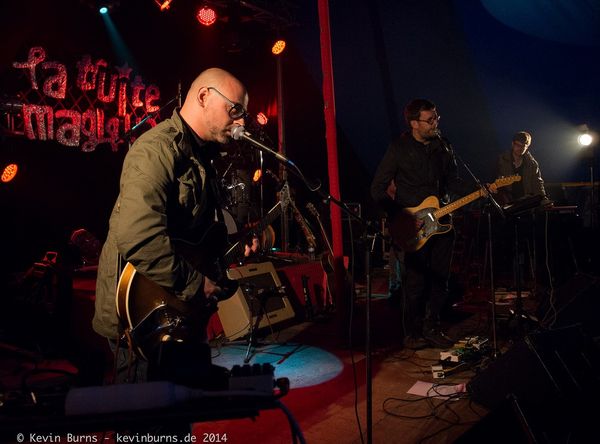 Sometimes Belgium is the butt of jokes…I guess because it is such a small country and so confusing to many and also seems a by-word for European bureaucracy. I